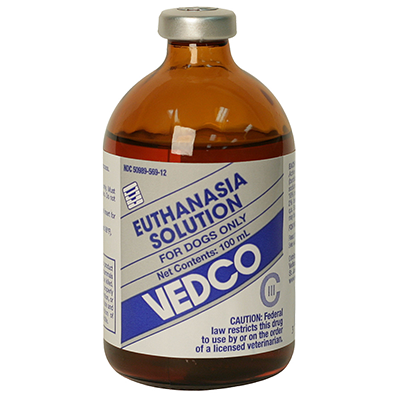 A non sterile solution containing pentobarbital sodium and phenytoin sodium as the active ingredients. Rhodamine B, a bluish-red fluorescent dye, is included in the formulation to help distinguish it from parenteral drugs intended for therapeutic use. Although the solution is not sterile, benzyl alcohol, a bacteriostat, is included to retard the growth of microorganisms.

Euthanasia solution contains two active ingredients which are chemically compatible but pharmacologically different. Each ingredient acts in such a manner so as to cause humane, painless, and rapid euthanasia. Euthanasia is due to cerebral death in conjunction with respiratory arrest and circulatory collapse. Cerebral death occurs prior to cessation of cardiac activity.